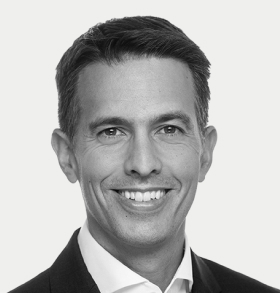 Alfredo co-chairs Sandbrook’s Executive Committee and is a member of the Investment, Performance & Growth, Valuation and Climate Impact & ESG Committees.

Prior to co-founding Sandbrook, he was a partner of Riverstone, a leading energy-focused private equity firm. At Riverstone, Alfredo served as Co-Head of Global Power & Renewables and Co-Head of Latin America, and was a member of the firm’s ESG committee and of several fund investment and technical committees. He also served in multiple boards of directors, including Pattern Energy, Forsa, Empower and Sierra.

Prior to Riverstone, Alfredo held numerous leadership positions over a decade at BP, one of the world’s largest energy companies. He was also a professor of finance and entrepreneurship at UCAB, his homeland’s leading university for finance and economics.

He has an MBA from Stanford University, where he was an Arjay Miller Scholar (top 10% of the class).